"Here, we cook to the rhythm of the sea, inspired by the unpredictability of nature, the individuality of the region and the rich offerings of local farmers and fishermen" 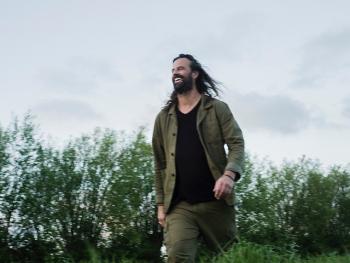 Willem Hiele grew up in both Ostend and Koksijde in a family of fishermen. As a passionate surfer, he explored the most beautiful seaside spots in the world. Everything he does and makes, is in a way connected to the sea.

Based on his education as baker and pastry chef, Willem Hiele has developed his own style into the terroir cuisine he is known for today: both complex and simple at the same time.

Start of the new restaurant Willem Hiele in an architectural building, a brutalist gem from 1971 by Belgian artist/architect Jacques Moeschal. It is located amidst the beautiful nature of The Big Keignaert, the polder area in the backyard of the vibrant city Ostend.

Start of Boutique and Bar/Brasserie Raphaël, first a unique boutique, later a popular outdoor brasserie in the restaurant’s garden.

As an advocate for North Sea fish, Willem Hiele becomes a member of NorthSeaChefs and he is committed as a member of the research team.

First mention in the Michelin guide and a score of 15/20 by Gault&Millau and three chef’s hats.

Awarded as ‘Discovery of the year’ by Gault&Millau with a score of 15/20 and two chef’s hats.

Willem Hiele transforms the old fisherman’s house from 1832 of his ancestors -up to seven generations back- into a gastronomic restaurant in Koksijde. In previous years, he already organised guest tables at this inspiring place.

“He brings the philosophy of the terroir of the polder landscape into his dishes in a magnificent way.”